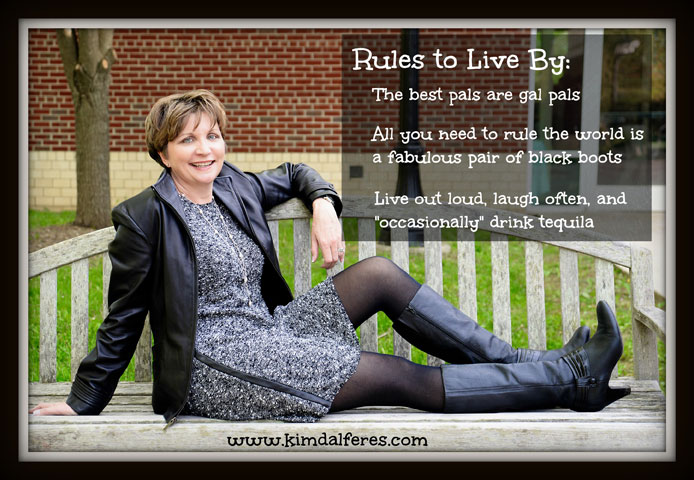 Kimberly “Kimba” J. Dalferes is a former Justice Department official whose publications, until recently, focused on criminal and juvenile justice issues. She’s written on a variety of topics including girls in the juvenile justice system, disproportionate minority confinement, community safety and mobilization, and law enforcement leadership. While at the National Crime Prevention Council, her responsibilities included the publication of the annual report Mobilizing the Nation to Prevent Crime, Violence and Substance Abuse. She also served as the Editor of the Rural Meth Debrief, the monthly publication of the Rural Law Enforcement Methamphetamine Initiative. She recently served as the report writer for Deliberations from the IACP National Forum on Body-Worn Cameras and Violence Against Women.

What Does She Write?

In 2010 Dalferes began writing and publishing creative nonfiction. Her first published essay, Rubberbands, was featured in Marco Polo Quarterly. This was followed by Trivial Pursuits in Hippocampus Magazine. Both Rubberbands and Trivial Pursuits are included in her first book, I Was In Love With a Short Man Once (Friesen Press, November 2011; Mill Park Publishing (MPP), June 2015).

Dalferes’ second book, Magic Fishing Panties, was initially released by Booktrope Publishing in August 2015 (re-released by MPP in May 2016). Her two-book bundle, Crazy Southern Irish Gal, was also released by MPP in 2016. Her essays have appeared in diverse publications:

Dalferes is a contributing writer for Smith Mountain Laker Magazine which publishes her humor column, Dock Tale Hour (since 2014). Her freelance work has been featured in The Roanoke Times, Southern Writers Magazine, and Smith Mountain Lake HOME Magazine. Her musings have been showcased online on Midlife Boulevard, Better After 50, BonBon Break, and Erma Bombeck Writers’ Workshop.

Where Can I Find Her?

Dalferes is often found hanging out on her blog The Middle-Aged Cheap Seats: where midlifers come to sit, laugh, and “occasionally” drink tequila. She has served on the Board of Governors of the Virginia Writers Club (VWC) since 2013. She was thrilled to be selected as the winner of the 2014 Golden Nib Award for nonfiction, VWC’s highest honor. You can also visit her on her website http://kimdalferes.com/

Does She Do Anything Else?

Dalferes is a native Floridian who pretends to be a Virginian. Her accomplishments have included successfully threading a sewing bobbin, landing a 35 lb Alaskan king salmon, and scoring a ceramic sangria pitcher at an estate sale for $1. She discovered that there is a very real possibility that she might be related to Princess Margaret Tudor, the sister of King Henry the VIII (on her mama’s side). A proud Florida State University graduate, Dalferes often sings the Seminole fight song out loud for no reason other than she still knows all the words. She currently divides her time between Fairfax and Smith Mountain Lake, VA with husband Greg, Bonz the cat, and occasionally her son Jimmy, when he’s home from college.

Kimba’s books have been called both “beach reads” and “bathroom reads.” She prefers beach reads, but hey, if the size 11 shoe fits… END_OF_DOCUMENT_TOKEN_TO_BE_REPLACED